Punjab’s estimated population of 110 million (as per the 2017 census) is growing at an annual rate of 1.9. The total fertility rate is currently reported at 3.5, which although lower than other provinces, but still much higher when compared to South Asian neighbors. Both the Infant Mortality Rate (IMR) and Under 5 Mortality Rate (U5MR) have steadily declined over the past few decades; however, the rate of decline over the years has been considerably slower – IMR being at 60 and U5MR at 69 per 1,000 live births. Unfortunately, the neonatal mortality rate has remained relatively stagnant in the country and has been reported to be 41 per 1,000 live births in Punjab Province. The rate of stunting and wasting remained at 31.5% and 7.5% respectively while the rate of exclusive breastfeeding till the age of six months is reported at 42.1%.

This snapshot of health status indicates that Punjab could not achieve the MDG targets. Now that the SDG targets are agreed upon globally, drastic measures need to be taken to improve the situation of maternal, newborn and child health and nutrition status in Punjab; which will directly contribute to an improvement in the national status of these indicators. To achieve these targets Punjab will have to significantly improve the quality of services in the RMNCH sector. Despite the slow progress towards health-related goals and other health outcomes, there is evidence that Punjab has made a significant level of progress, particularly at the intermediate outcome level during the recent years.

Looking at the above scenario, the Government of Punjab has taken a number of new initiatives, the most important one being the integration of LHWs Program, MNCH Program, Nutrition Program and 24/7 Basic EmONC services under the umbrella of the Integrated Reproductive, Maternal, Newborn & Child Health and Nutrition Program (IRMNCHNP).

To improve the health outcomes among women, children, and newborns by enhancing coverage and providing access of health and nutrition services to the poor and vulnerable in rural and less developed urban areas through implementation of the evidence-based RMNCH Package

To Improve Maternal Health by ? morbidity and mortality by

To Improve Child Health by ? morbidity and mortality by

To Improve Family Planning Services by

The National Program for Family Planning and Primary Health Care, also known as the Lady Health Workers Program (LHWP), was launched in 1994. The Program objectives contribute to the overall health sector goals of improvement in maternal and newborn child health and provision of Family Planning services. This countrywide initiative extended outreach health services to rural populations and urban slum communities through deployment of over 42,000 Lady Health Workers (LHWs) and 1757 Lady Health Supervisors (LHSs) in all over Punjab are working with 57% coverage (30% in Urban and 73% in Rural area) and contributed to bridging the gap between health facilities and communities.

National Maternal and Newborn Child Health (MNCH) Program (2006-2012) was launched nationwide with a goal to improve maternal, newborn, and child health of the population, particularly among its poor, marginalized, and disadvantaged segments. This Program was merged into IRMNCH & NP in 2013. The MNCH program is contributing to strengthening Emergency Obstetric care services at DHQ, THQ hospitals, and RHCs. Further, this program has introduced a new cadre of Community-Midwives (CMWs) for skilled deliveries at the community level.

Provision of health & nutrition services package to improve the nutritional status of women, adolescents, children, and newborns with particular focus on stunting reduction in rural and less developed urban slum areas of Punjab.

PMHI Program was launched to improve the health outcomes among the general public, with a special focus on vulnerable groups like the elderly, disabled, women, and children by enhancing coverage and providing access to health and nutrition services to rural areas, urban slums as well as pure urban areas of selected districts. Implementation of the Essential Package of Health Services (EPHS) and achievement of Minimum Service Delivery Standards (MSDS) in both outreach and facility-based services will be ensured.

Under this Program, preventive services are being provided in 36 districts of Punjab through LHWs which include a screening of under 5 children and PLWs, IYCF counseling, provision of Iron, Vitamin-A, and MMS to mother and child. Curative nutrition services were initially started in 2010 in the selected BHUs of 7 flood-affected districts (D.G. Khan, Layyah, Muzaffargarh, Rajanpur, Mianwali, Bhakkar, and R.Y.Khan). By achieving the good results of this initiative, the Government of Punjab decided to implement it all over Punjab in 3 phases. Now a total of 1755 Outdoor Therapeutic Programs (OTPs) and 58 Stabilization Centers (SCs) are established in all 36 districts of Punjab. Treatment of Severely Acute Malnourished (SAM) children without medical complications by the provision of Ready to Use Therapeutic Food (RUTF) is carried out at OTPs established at BHUs 24/7, RHCs, THQs, and DHQs. Treatment of Severely Acute Malnourished (SAM) children with medical complications by the provision of medical treatment and therapeutic formulas F75 and F100 carried out at SCs established at DHQs/THQs.

Scope of Services of LHWs

The services provided by the LHWs include registration of target groups, household visits, health education, awareness, and special campaigns. Each LHW is supervised by a Lady Health Supervisor, each supervisor having an average of 20-25 LHWs reporting to her.
The specific LHW target groups include:

The LHWs visit every registered household of their catchment population once per month and provide the following services:

In addition to her door-to-door campaigns, the LHWs also conduct health education and awareness through community support group meetings on selected topics on weekly basis. Moreover, they also participate in various special campaigns conducted from time to time by District and Provincial Governments including:

Following the floods of 2010, a special initiative was launched in the seven flood-affected districts for the provision of round-the-clock basic EmONC services. BHUs nearby flood-affected areas of these districts were selected for this purpose. Till 2014, this initiative was funded through UNICEF and UNFPA for 90 health facilities.
The Government started the provision of additional funds to 150 BHUs for the provision of round-the-clock services, followed by the addition of 550 more by end of 2015. Further 103 BHUs were included in 2017. At the moment:

The following services for maternal and child care are provided at these health facilities:

Following the floods of 2010, a special initiative was launched in the seven flood-affected districts for the provision of malnutrition treatment services. BHUs nearby flood-affected areas of these districts were selected for this purpose and Outdoor Therapeutic Program (OTP) counters were established at these BHUs. Moreover, stabilization centers were also set up at the DHQ level. Till 2014, this initiative was supported by UNICEF and WHO. However, as malnutrition was identified as a major issue in Pakistan in the National Nutrition Survey 2011, the Government of Punjab decided to scale up the OTPs to selected BHUs 24/7 and SCs to all DHQs and teaching hospitals. 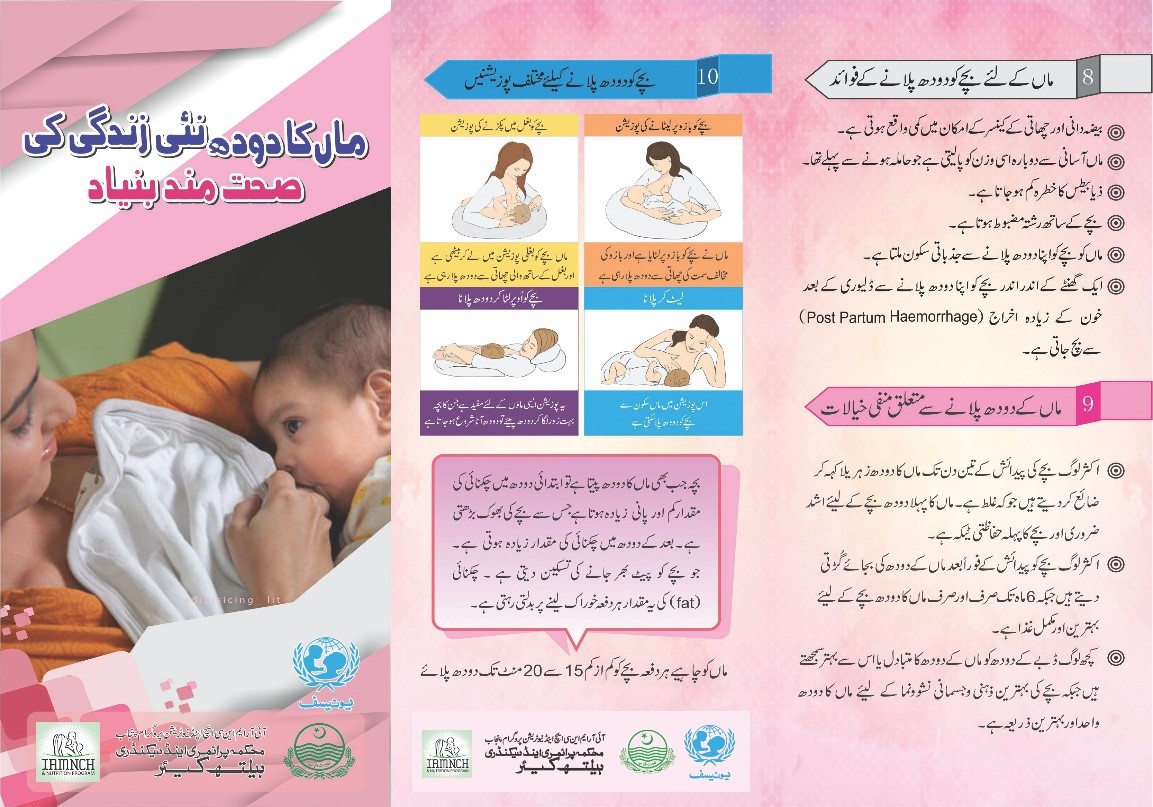 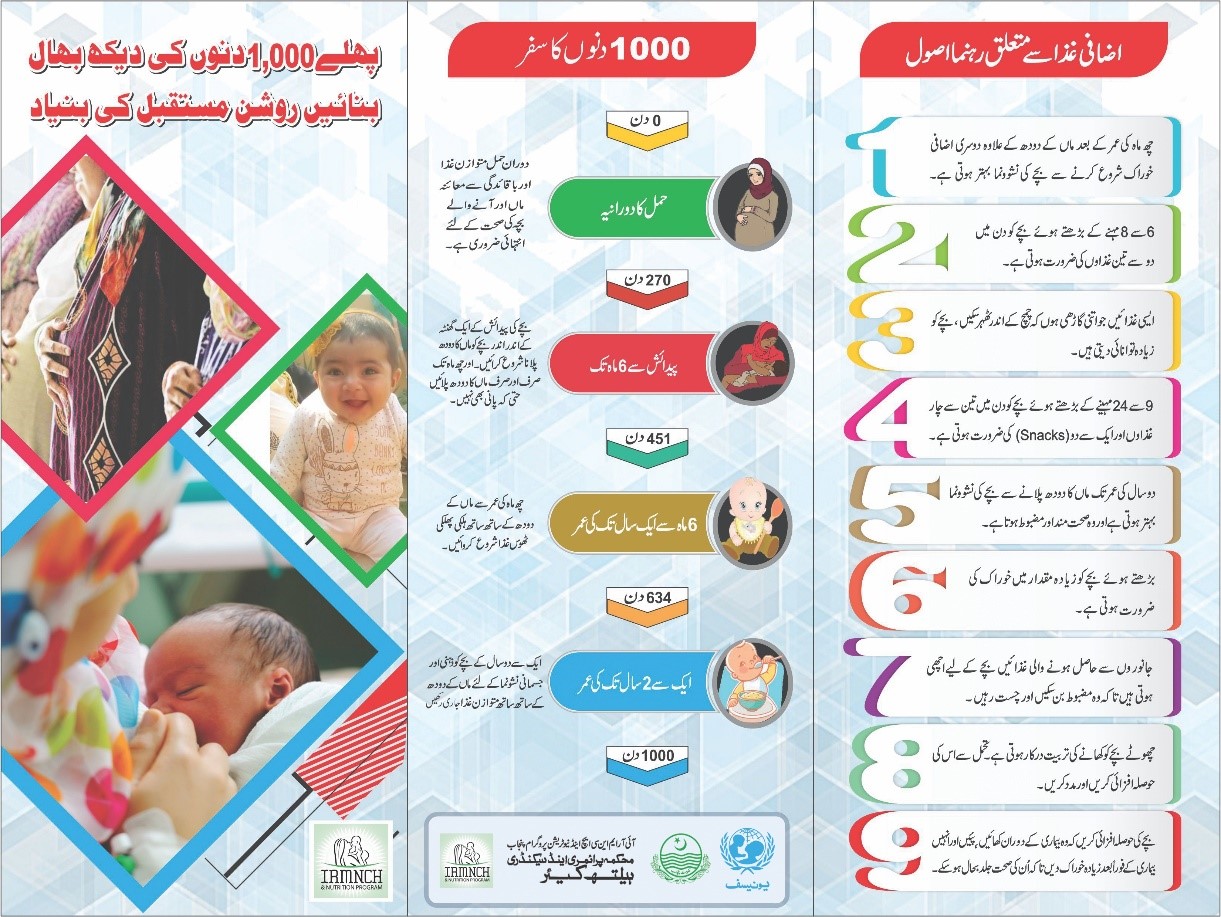 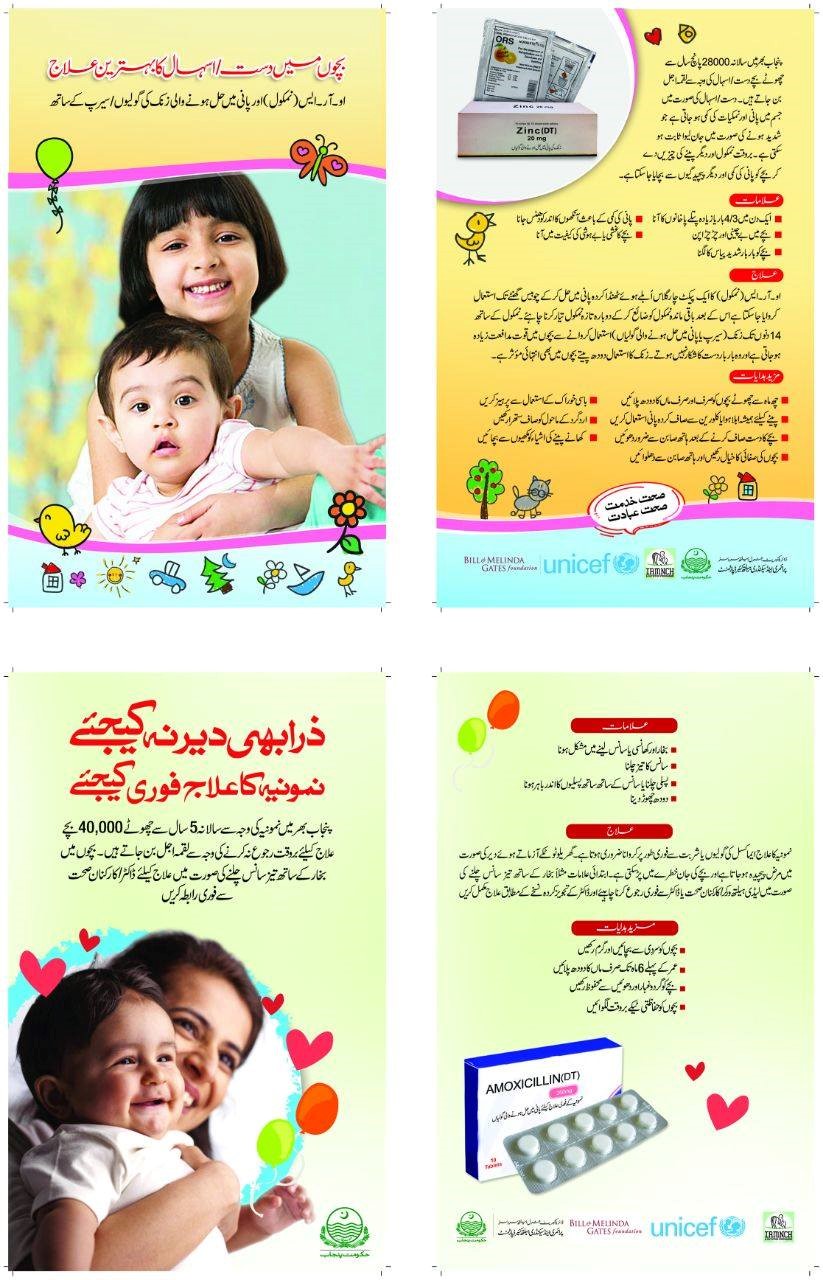 INTERVIEWES FOR THE POST OF CHILD SPECIALIST IN PMHI EXECUTED UNDER IRMNCH & NP- ARE SCHEDULED ON 19th DECEMBER 2022 IN THE OFFICE OF PD IRMNCH & NP 05 MONTGOMERY ROAD FROM 9:00 AM ONWARDS AS PER LIST ATTACHED